If you love ghosts and Halloween, you will have a lot of fun trying out these ghost experiments to do at home.

These ghost STEM activities can also be done in the classroom, after-school programs, or anywhere else you want to add an element of science to your Halloween.

Ghost Experiments with a STEM Twist

The experiments on this list all include elements of science, technology, engineering and math!

But before we get to the experiments, let’s learn about the science of ghosts!

The Science of Ghosts

There is still debate among scientists if ghosts are real. While most scientists consider the idea that there may be a dimension that we don’t understand, or some other reason for humans to see ghosts, scientists have also debunked many common ghost myths.

In fact, there are 6 causes for “seeing ghosts” that scientists have found a scientific explanation for. These ideas are discussed briefly below.

Ultrasonic sounds, like what dogs and bats can hear are too high pitched for humans. There are also sounds too low for us to hear. Anything under 20 hertz is impossible for humans to hear. This is called infrared sound.

When these low-frequency sounds are played, studies have found that it can make some people feel unsettled and scared. Living near a source of a low-frequency sound could make you feel like someone is watching you or that your house is haunted.

If you breathe in too much carbon monoxide (what you typically breathe out), this can cause weird symptoms like hallucinations, a feeling of dread, and other issues. In one case, a family was convinced that their house was haunted because every family member saw and heard explained things. It was found later that their house had a carbon monoxide leak.

You can read about a bunch of debunked ghost stories here.

Toxic mold can have all sorts of weird problems for humans- including making you sick, causing breathing problems, and even causing brain issues like delirium, fear, and hallucinations. Many old houses have toxic mold, which could be one reason why old houses are considered haunted more than new ones.

Sometimes a ghost might just be a draft! Cross breezes and drafts can cause things to shift on the walls, doors to suddenly close, and lights to flicker. Since humans want to give personalities to as many things as possible, we often attribute drafts to ghosts.

We want to believe the stories of people we care about. So if your friend swears they saw a ghost somewhere, you are more likely to believe in ghosts because you want them to be right.

Even though we think being scared is not an enjoyable experience, research has found that it releases the same feel-good chemicals in the brain that laughing and having fun does. So, we might just be wanting to scare ourselves for the fun of it!

Studies show that individuals with chemical imbalances in the brain are more likely to believe in paranormal activity, possibly because they are also prone to hearing and seeing things that aren’t there.

What to Buy for Ghost Science Experiments

If you found the science of ghosts interesting, here are some other fun ghost resources you might like sharing with the kiddos in your life: 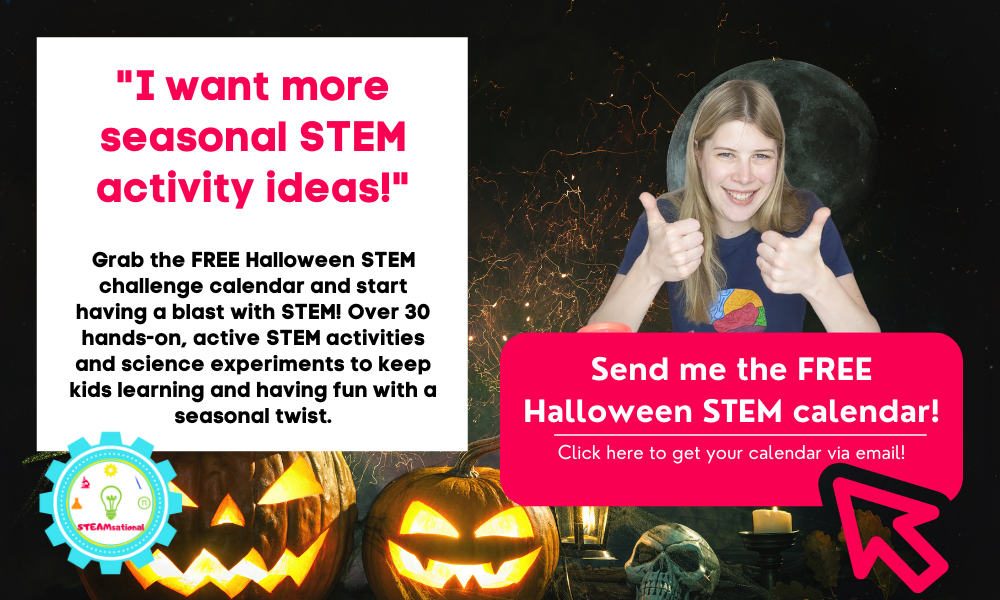 Hands-On Ghost Experiments to Do at Home (or anywhere!)

Try out these super fun ghost STEM activities for kids!

A classic science experiment that kids love. Go here to learn how to make ghost slime.

The Diving Ghost Experiment is a super fun way to complete the cartesian diver trick.

Using coffee filters and black markers kids can learn about colors within colors in the ghost chromatography experiment for Kids.

Use static electricity science to make a floating ghost! The floating ghost experiment is an easy one and perfect for young kids.

If regular ghost slime is boring or too messy, then you have to try this fluffy ghost slime! It’s white, cloud-like, and tons of fun!

Ghost in a Bottle Experiment

In the ghost STEM activity, kids can use all elements of science, technology, engineering, and math to create a ghostly projection on a smart phone.

How to Make a Ghost

Want to know how to make a ghost? In this engineering challenge, kids will learn just what goes into making something look spooky!

Can you build something out of ghosts? In the ghostly structures Halloween STEM experiment kids will learn how to do just that!