Math games are an excellent way to bring fun and learning together. Some of our favorite math games were our Uno math game and dice multiplication. This fun number sentence game is also tons of fun for kids learning to solidify basic addition and subtraction facts. 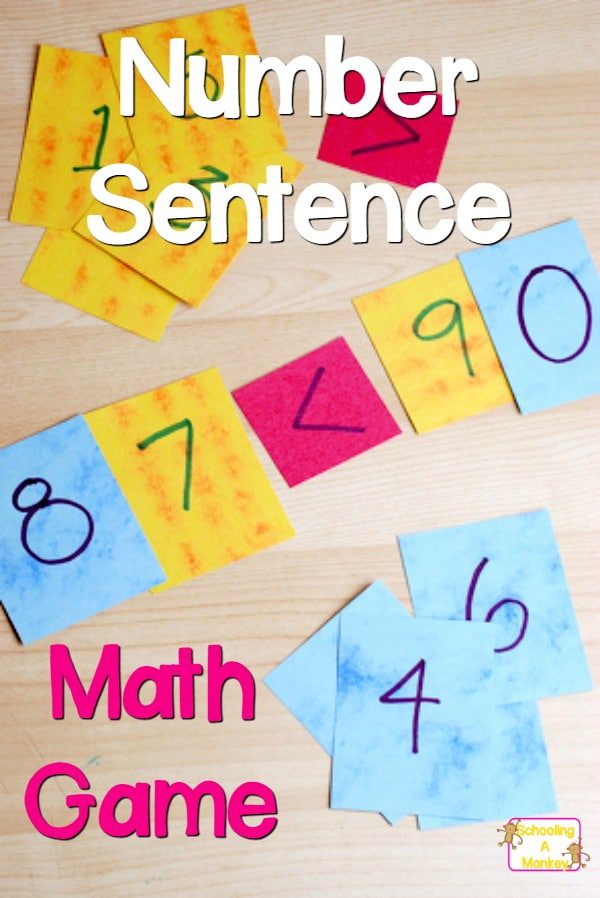 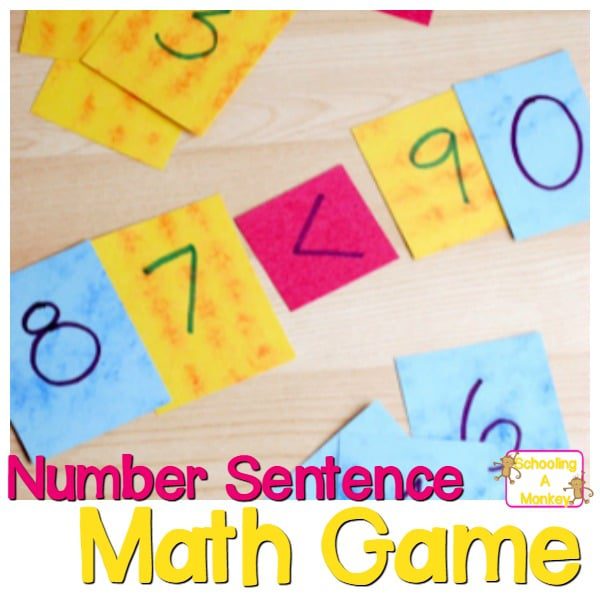 Now that your second graders have beginning addition under their belts, it’s a good time to try comparing and ordering numbers.

Inject a little fun into learning math by playing a quick number game that’s all about building number sentences.

Use the alligator trick if they needs a little help: pretend the symbols are alligator mouths, and remind them that the alligator always eats the bigger number!

Before starting the game, use scissors to cut squares from cardstock paper. You’ll need 30 number cards and 10 symbol cards as described above.

How to Play the Number Sentence Game:

Before beginning the game, decide if you’re going to play with one, two, or three-digit numbers. Shuffle the number and symbol cards together and deal 10 cards to each player face down. Place extra cards in a pile face down in the middle of the table.

Have each player turn over their cards at the same time and begin making number sentences.

When each player has made as many number sentences as they can from their 10 cards, it’s time to declare if each sentence is true or false. 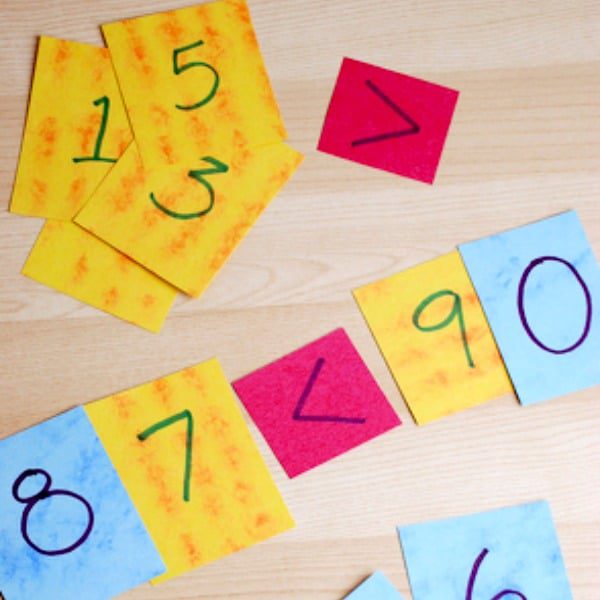 Have each player read the number sentences aloud. After each sentence, another player calls out “true” if they think the sentence is correct, or “false” if they think it isn’t.

Have the players draw enough cards from the pile to bring their hand back up to 10.

Now start the next round. Rounds continue until there are no more cards left in the pile.

The player with the most “true” sentences wins!