Looking for Grinch activity ideas to go along with How the Grinch Stole Christmas? Try this fun Grinch slime recipe!

Make this super-easy, sparkly Grinch slime and add science to the fun. We had such fun with our Halloween STEM series, we decided to do it again by completing a bunch of Christmas science experiments. 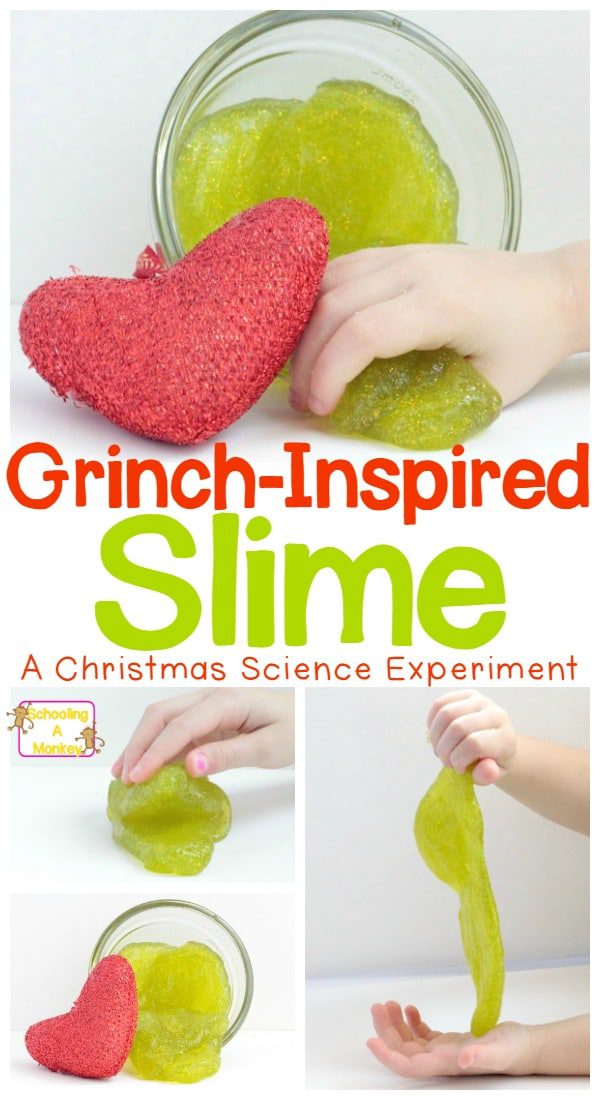 In just a few minutes, you’ll have your very own Grinch slime. It stretches and grows, just like his heart!

Read the story first, then do this fun Grinch activity! 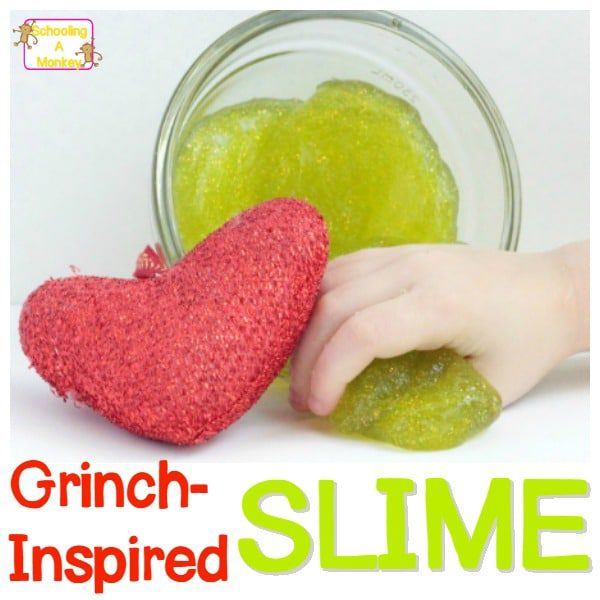 What you’ll need to make your own Grinch slime: 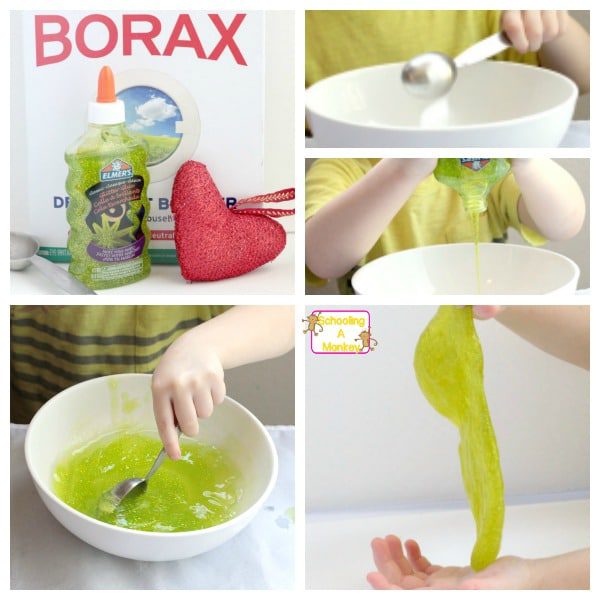 Making the slime is the easiest thing in the world. Pour the green glitter glue into a small bowl. fill the empty bottle of glue with warm water and add to the glue. Mix until the glue and water are combined.

In another bowl, mix about 1/2 a cup of water and a teaspoon of Borax powder. Stir until the Borax is dissolved.

Add the Borax water to the glue water and mix. In about 60 seconds, the glue will transform into stretchy slime. 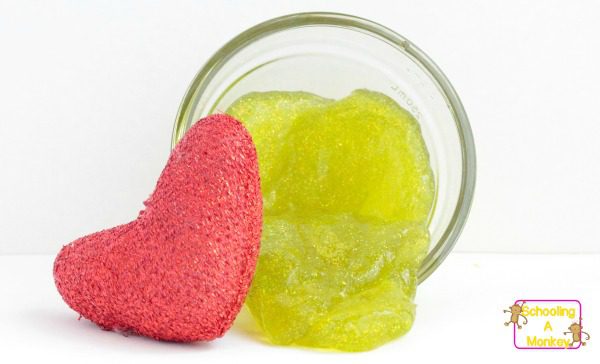 Let the kids play with the slime as long as they like. One thing we’ve noticed about using clear glue rather than white glue is that the slime is less stretchy. It is more prone to breaking and requires more careful handling than slime made with white glue.

However, we love the clear, sparkly look of glitter slime, so we put up with the breakage.  One alternative is to simply add glitter to opaque glue, if you want a stretchier slime.

How The Grinch Slime Forms 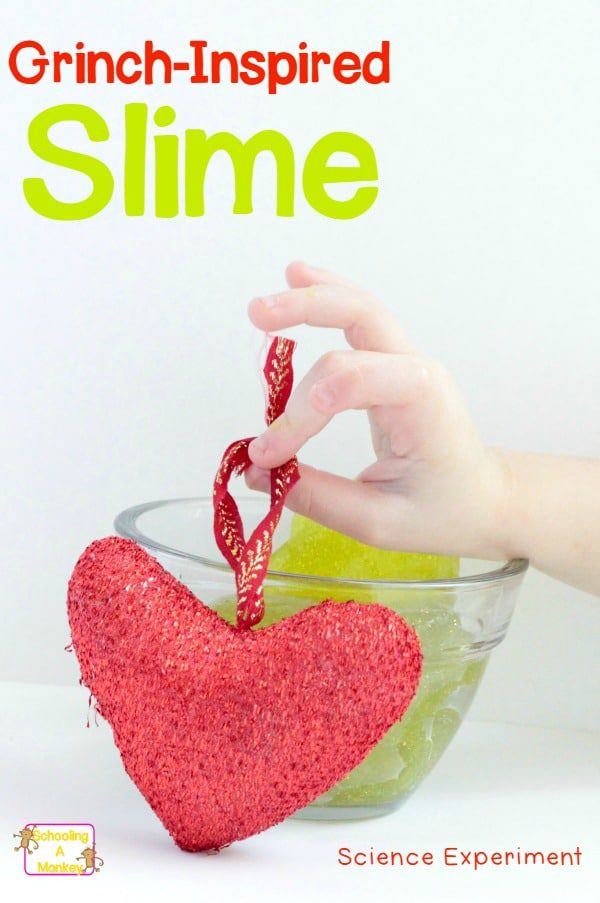 Slime forms because when borax powder is added to glue, it creates polymer chains. These chains thicken the glue so it becomes less sticky and stretchier.

Even if you don’t focus much on the science behind this activity, kids absolutely love making and playing with slime. 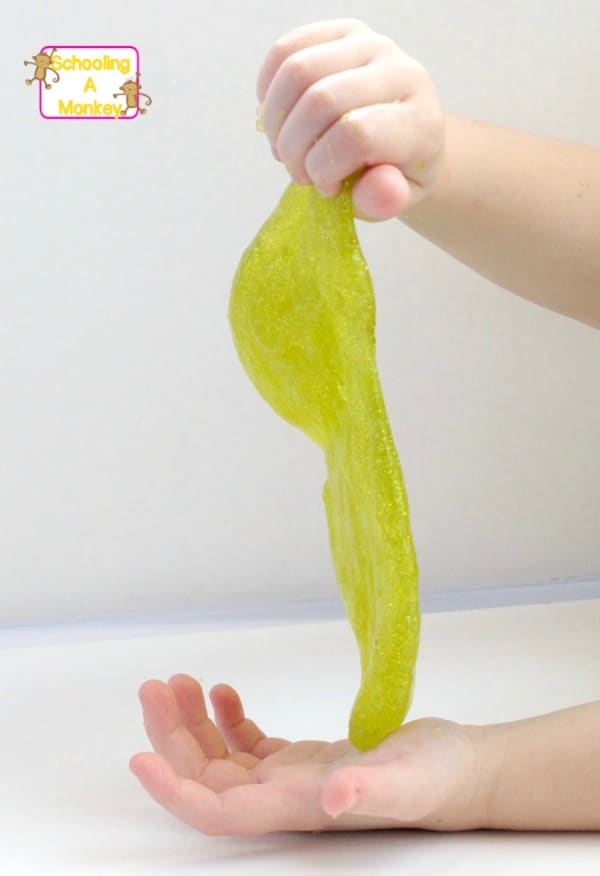