We are huge board game lovers at our hours. We have always played quite intensive board games since I was a child (actually, farther back than that, my dad was a board game geek since college with the likes of Diplomacy

When my husband joined the family, he embraced the board game culture and jumped right in there with us. When we had Monkey, one of the things I was most looking forward to was playing board games for families.

However, many of the designated kid games are quite boring and a little mind numbing. We do like a game of Sorry or Guess Who now and then, but our family favorites are games that go a bit beyond the basics.

These board games families can play together are fun for all kids past a second-grade reading level. Of course, some younger kids may be ready sooner and some kids might not be interested in some of these games until they are older. Use your best judgement when selecting board games for families.

10 Board Games for Families 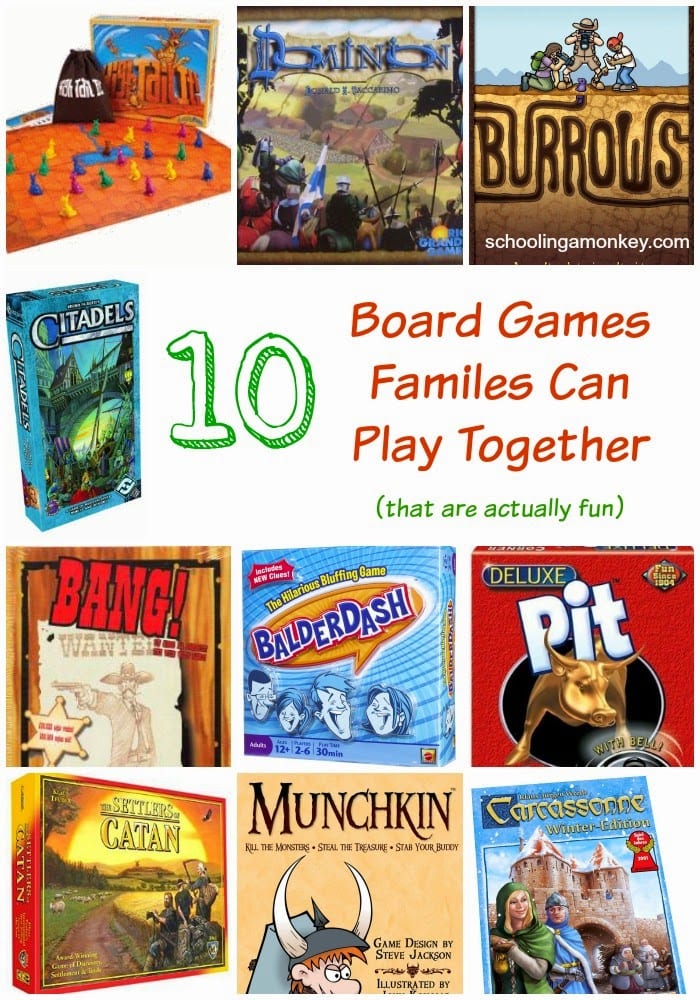 The Settlers of Catan 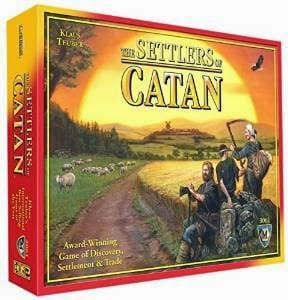 You don’t even have to be a reader to excel at these board games for families. The Settlers of Catan

is a trading and city growth game that Monkey has played since about the age of 4. It is her favorite game of all time and she routinely beats us at it. I also know there is a kid’s version, but we have never played it. 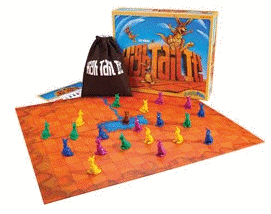 We received a copy of High Tail It thanks to the generous people at Simply Fun and immediately, the concept caught my eye. I have a bit of a thing for Australian anything, so I was quite excited that High Tail It requires the person with the “best Australian accent” to go first. This version of High Tail It is a Americanized version of a board game that has been around in Australia for at least 20 years. The concept of this game is surprisingly simple- get around the board- but because there are so many move possibilities, there is quite a bit of strategy involved in this game. Even my hard-to-please husband dubbed High Tail it a “good game.” 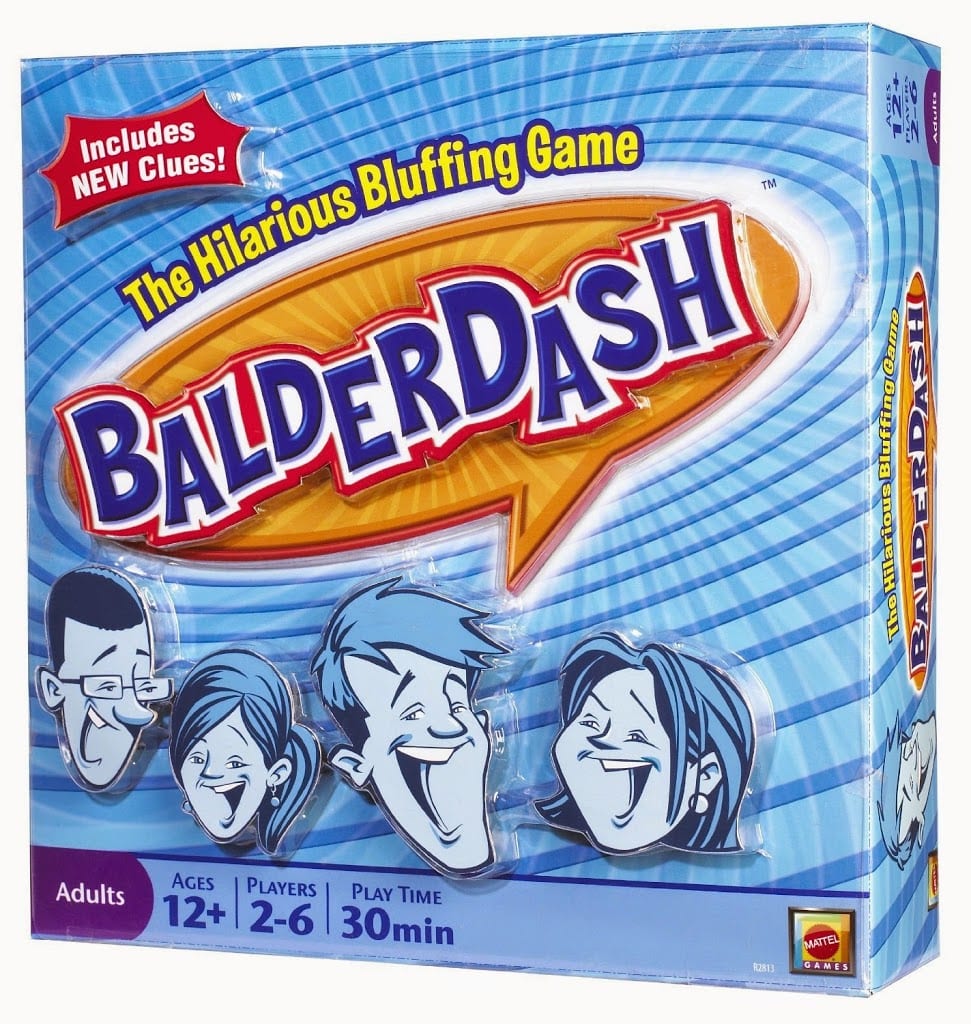 is one of my favorite board games for families because can be as simple or as complicated as you want it. I love the new version that has you choose between word definitions, movie plots, historical events, and other fun topics. Even Monkey is adept at coming up with fun plots for words and games and it helps us all learn a little more vocabulary! 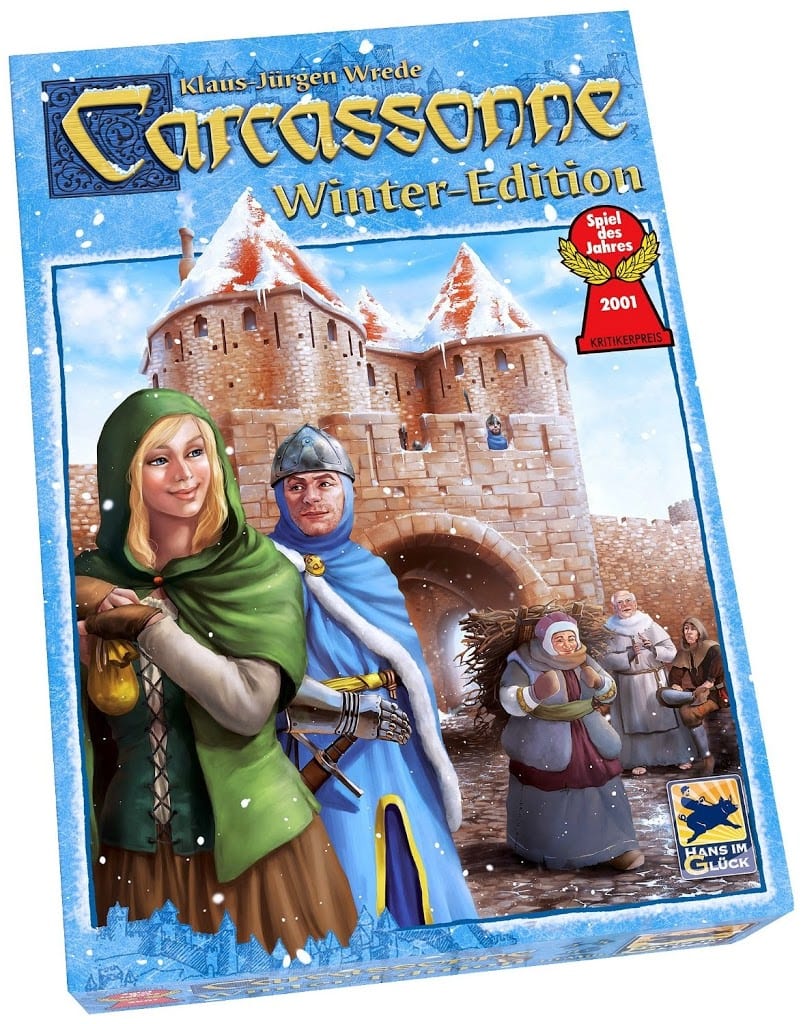 Last year, the winter edition of Carcassone was our family gift. In Carcassone, you basically put out road tiles to create various “zones,” which turn into farms, monasteries, roads, and cities. The bigger the enclosure the better, but the longer you wait to close your gaps the easier it is for someone to steal it right from under your nose. This is another game that doesn’t take any reading and only requires basic understanding of the rules. However, there is still enough strategy to keep adult players happy. 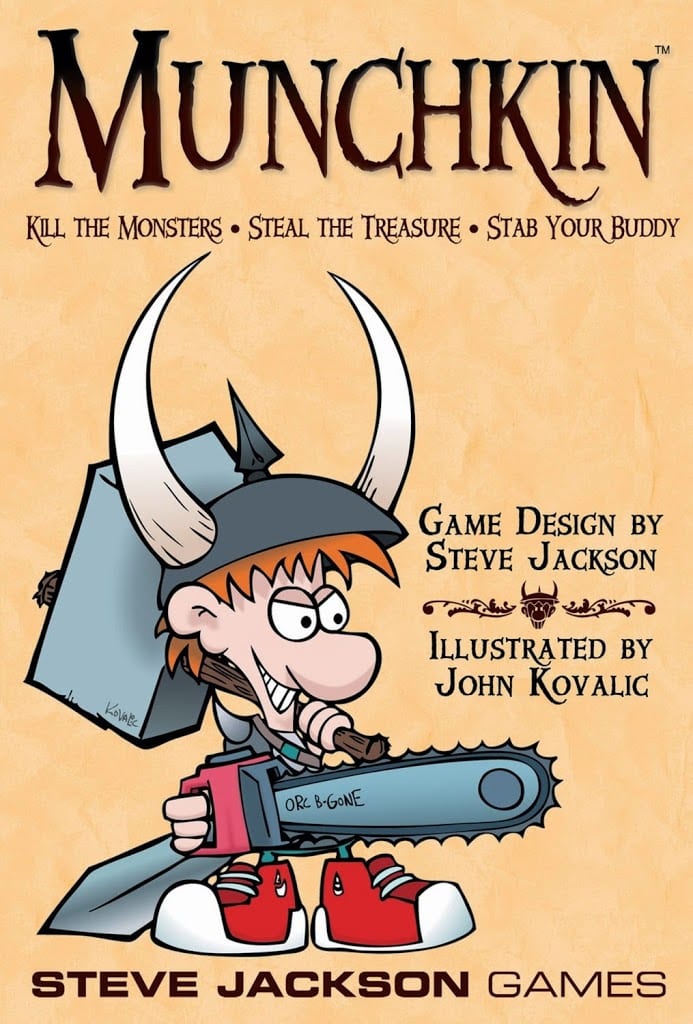 . This is actually a card game, but it is still one of Monkey’s favorites. We love Munchkin because we were the nerdiest of nerds back in the day and actually played D&D, and classic Munchkin is all about making fun of that particular game. The rules are simple (and mean) but the play is extremely fun. I also like that Munchkin is usually a faster game. 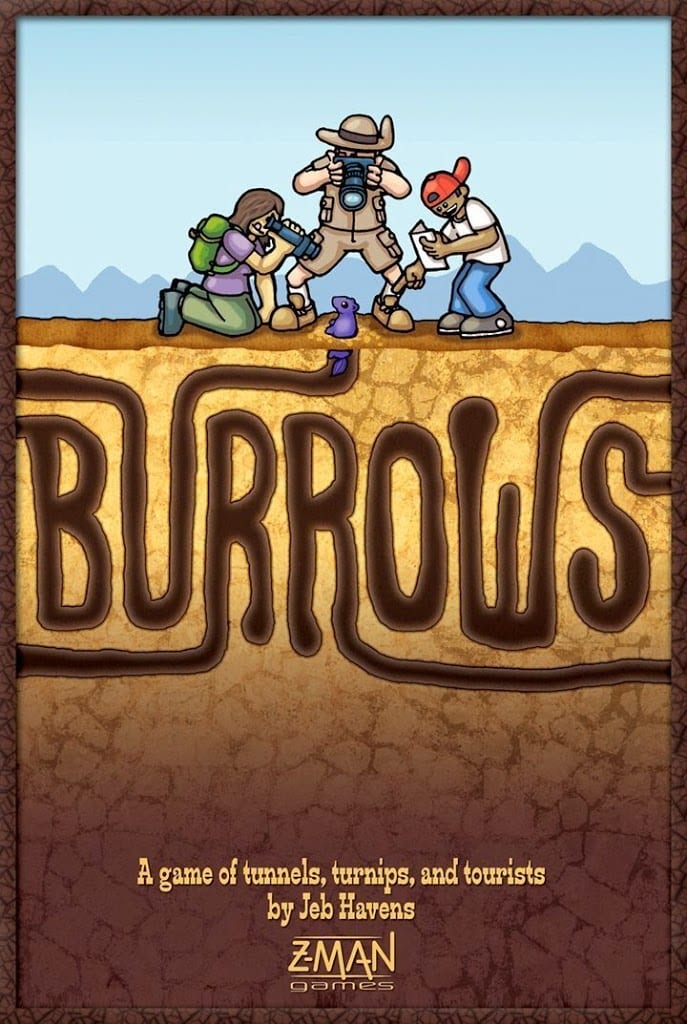 up last year as well, and it is enjoyable for kids and adults. You own a gopher farm and must grow your farm to attract more gophers. If you have the least amount of gophers at the end of a round, then you lose points. This game usually takes less than an hour to play even if you play your board games for families with the full crew, which is 5 people. 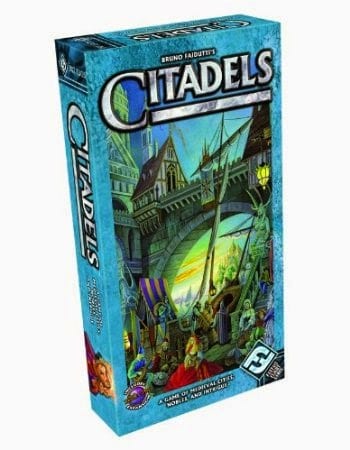 is a long-term favorite game of ours where you build a city by paying with butterscotch coins. What makes this game unique is that during each round, you have to choose one of 7 personas to take on that give you special abilities to use each round that will help you build your city or hurt someone else in their city-building efforts. 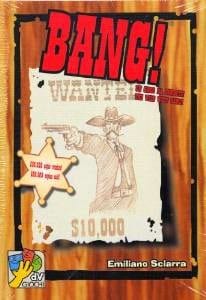 is always a fun game because it has a Western theme and you can shoot family members. This game requires a bit of math, so it is best suited for slightly older children. However, Monkey really enjoys playing this game because of the fun cowboy aspect. 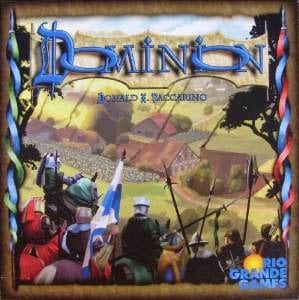 is yet another quasi-board game that is actually more of a card game. In Dominion, you are also trying to build a deck of cards with the ultimate goal of collecting victory point cards. The twist to this game is that each time you play, the cards that you can purchase are different. Each card has different abilities that allow you to build the deck differently, which usually harms fellow players. Dominion is probably best suited for kids 8 and up. 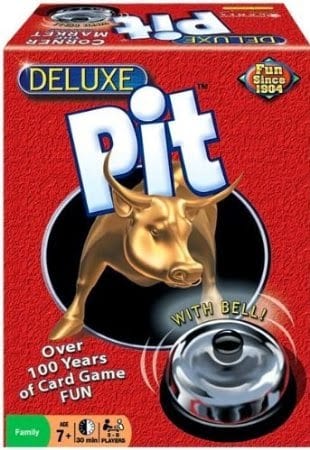 My favorite thing about the game Pit

is the little bell that you can ring. It can also have up to 8 players, which is great for larger families. The goal in this game is to collect 9 of a single type of item the fastest. This game gets a bit crazy, especially when you have 8 people playing! 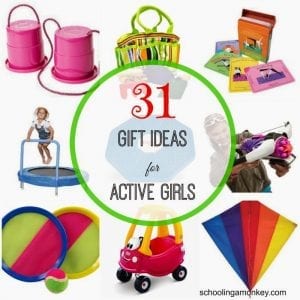