Although we have made tons of slime recipes with traditional slime activators, some kids have sensitive skin, and classic slime can cause itchy palms and redness. So for these kiddos, we present, the best baking soda slime recipe that actually works.

Borax and liquid laundry starch are the two most common thickeners for slime, but some kids are sensitive to borax (laundry starch and saline solution also contain borate ions.).

This baking soda slime is a little messier than regular slime, but it’s a blast to play with, It has a fun stretchy slime texture, and you don’t have to worry about it irritating the skin even a little bit.

How to Make Slime with Baking Soda

Follow along with this easy recipe for the best way to make oozy baking soda slime!

Why Should I Make Borax-free Slime Recipes?

Some children have a mild sensitivity to boric acid- which is the main ingredient in borax powder. A borax reaction can cause itchy, dry, red, and peeling skin.

For kiddos with sensitive skin, alternative slime recipes must be found (like magnesium slime!) and this slime with baking soda.

Can You Make Slime with Baking Soda?

You can make this slime quickly and easily, and the baking soda slime has a much “slimier” texture than some of the other slime recipes on the Internet today.

Does Baking Soda Work as an Activator for Slime?

Traditional slime is made when boron mixes with the polymer chains in the glue, creating strong, but flexible bonds between the molecules. But slime made with baking soda is a little different.

When you learn how to make slime with baking soda, you’ll find that the ingredients in the baking soda bond with the glue to create a slime that is softer, stretchier, and a bit stickier than traditional slime.

However, because most kids don’t have any sensitivities to baking soda, you can use it even with toddlers and preschoolers who might put the slime in their mouths.

It won’t taste good, but the non-toxic slime ingredients won’t hurt the kids at all.

Making Slime with Baking Soda and Glue: What You Need to Know

If this is your first time making slime, you should follow along with our post on slime troubleshooting.

We always stock up on gallon sizes of glue when we find them.

You will want to make sure you’re making this slime on a tray or plate, to have something to catch the slime.

How to Get Slime Out of Carpets, Hair, and Clothing

If you do get the baking soda slime in hair or clothing, it will wash right out with warm water and soap.

A trip through the regular washing machine cycle will get slime right out of most clothing.

And getting it out of hair is as simple as washing with shampoo and conditioner.

For the carpet, pick up as much slime as you can with your hands, and then wash the carpet with warm water until there is no stickiness left.

Here are some other borax-free slime recipes that use a slime activator that does not contain borax.

All of these fun slime recipes are a good alternative to the basic slime recipe and the best part is that this homemade slime is so much fun and a lot easier to clean up after than other batches of slime and won’t cause any skin irritation.

It reminds me of the gooey slime that Nickelodeon dumped on people, which has that everlasting oozy gooey appeal.

The nice thing about this particular slime recipe, however, is that it is SUPER easy to clean up.

Learn how to make slime with baking soda using the right ingredients below! You can make this baking soda slime both with white glue or clear glue, and even glitter glue if that’s what makes the perfect slime to you.

I love how you can transform a simple baking soda solution into such a variety of colors with different colors of glue mixture to create so many varieties of slime! 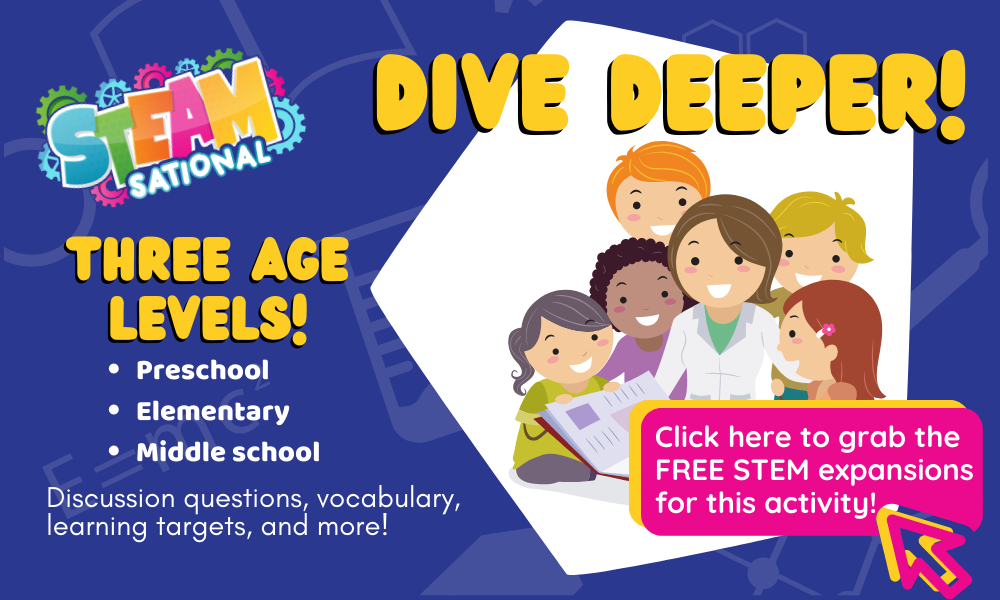 Here are the main ingredients that you need to make this easy slime recipe without sodium borate.

Don’t Want to Hunt Down Ingredients? Try These Slime Kits!

All of the supplies for slime show up right on your doorstep!

Making slime with baking soda. This 3-ingredient baking soda slime is simple to make and completely free of borax.

Kids will love the sticky, gooey texture of this slime.

As an Amazon Associate and member of other affiliate programs, I earn from qualifying purchases.