Most kids need at least one set of classroom valentines for Valentine’s Day. This year, instead of giving out the same valentines that every other kid will be giving out, why not give out these adorable and oh-so-easy LEGO heart valentine instead? 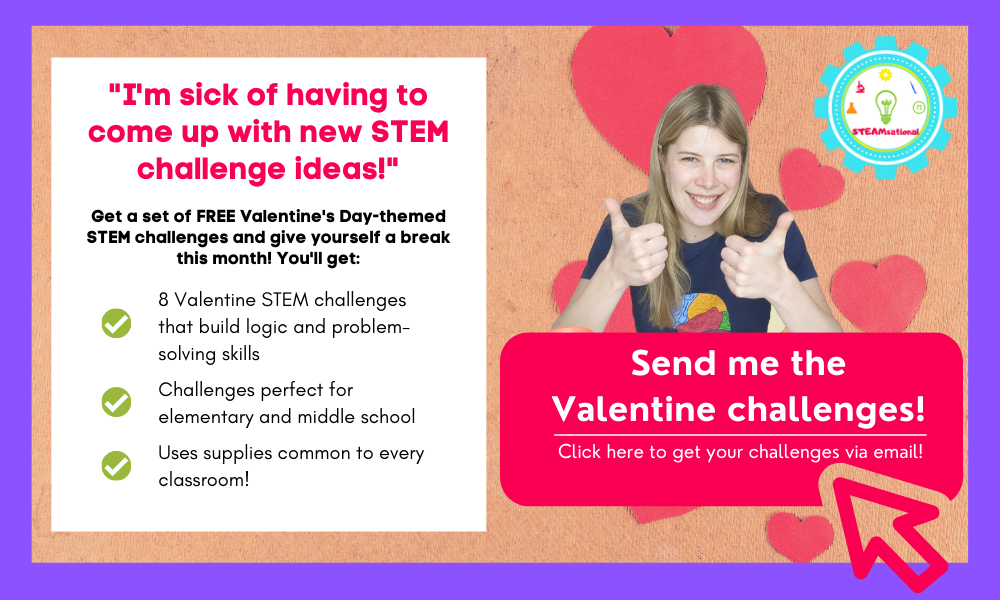 How to Make a LEGO Heart Valentine

It’s so easy to put these LEGO valentines together! Just a few steps and they are ready to go! My kids were so excited to make these and give them out and they played with the included LEGOs for hours!

For each heart, you’ll need 6 2X4 LEGO bricks and 5 2X2 LEGO bricks. The heart looks like this:

Print out the LEGO valentine sayings and cut them apart. Fold the valentines in half so the heart is on the front and the building challenge is on the back. You can also write “to” and “from” on the back of each valentine.

Place the LEGO bricks into a plastic baggie and fold the top closed. You can use bricks all of the same color or of different colors.

Place a valentine over the top of the bag and staple into place.

Your valentine is ready to go!

Your valentines are sure to be the hit of the party! My kids also found they could make quite a few other things from the 11 bricks included in each valentine. They made ducks, a window, and a flower from the same bricks. There is almost no end to what you can make from this simple set of bricks!

Looking for even more creative Valentine ideas? These classroom valentines are adorable and so creative!