This post is part of the 31 days of creative STEM activities for kids series.

For today’s version of science experiments for kids, we decided to go classic with the bread mold experiment.

Although not as flashy as some of our other classic science fair projects, it was probably more educational than some others.

The students enjoyed seeing how long it took for mold to grow on various forms of bread.

Follow along with these instructions to make your own version of the bread mould experiment!

Our experiment was simple. We placed bread in various conditions (we had dry dark, dry light, wet, open, and in a closed bag) and Monkey came up with a hypothesis for which piece of bread would mold first.

She predicted it would be the bread we placed in the paper bag in the pantry.

Kids should come up with their own hypothesis for the mold experiment. Have the children create a hypothesis something like this:

When doing your bread mold science fair project, here are some fun mold facts for kids to include:

Doing a science fair project? Check out the complete list of Science Fair Projects for Elementary!

What you will need for the bread mold experiment: 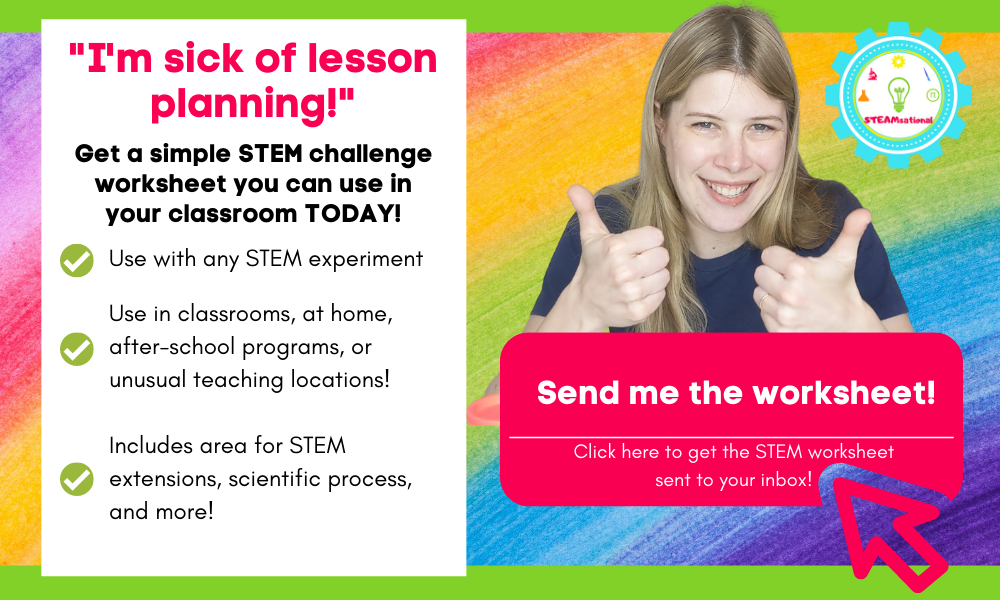 Divide your bread into as many pieces as you want to test. We used around five pieces.

My kids thought the dry bread in the paper bag would mold first.

You can take this project further by measuring how much mold is on each piece of bread after a certain number of days.

We just wanted to see which bread piece would mold first, so we did not do any mold measuring.

It took about two days for the first mold to show up- which was on the wet piece.

We waited weeks for any mold to show up on any of the other pieces, but it didn’t. This is why we recommend using fresh bread without preservatives.

We finally gave up on waiting for any more mold to grow and threw it out.

The kids were surprised that the wet bread grew mold first, but she thought it was interesting that mold grows faster in damp, warm conditions.

After observing the results, I had the kids fill out a STEM reflection worksheet.

20+ Science Fair Projects with LEGOs that are Educational and Fun

Science Fair Projects for Active Kids Who Need to Move