These pumpkin science experiments bridge the gap between art and science and help encourage even the most dedicated science-hater into becoming a true scientific explorer with pumpkin science activities!

Keep reading to learn how to do your own pumpkin science activities!

WHY DO PUMPKIN SCIENCE ACTIVITIES?

Classic science experimetns are a lot of fun, but adding a seasonal twist makes each experiment even more fun.

During the fall, pumpkins are everywhere, making them the perfect subject for fall science experiments!

Even kids who are not normally interested in science will love conducing these hands-on experiments with pumpkins.

There is so much to learn with pumpkins!

WHAT CAN KIDS LEARN WITH PUMPKIN SCIENCE?

Kids can learn a lot completing these pumpkin science experiments. There is more to learn in a pumpkin than you might think!

Children learn about chemical reactions while making a pumpkin volcano.

When making a pumkin density column, kids learn about liquid density and the density of pumpkin parts.

Studying a rotting pumpkin will teach kids about mold, decomposition of matter, and the life cycle of a pumpkin.

With a pumpkin investigation, kids learn about the biology of pumpkins.

When making a pumpkin garden, kids learn about the life cycle of plants.

In the magic pumpkin experiment, kids can learn about states of matter.

Kids learn about dissolving and solutions in the dissolving candy pumpkins experiment.

And in the pumpkin growing experiment, kids learn about what helps a pumpkin grow the best.

WHAT TO INCLUDE WITH YOUR PUMPKIN SCIENCE LESSONS

Science demonstrations are a fun way to introduce a concept, but children should go through the scientific process on their own after watching the demonstration.

The more variables and tests children run the better!

Your science experiments should include:

Including these science elements will make every science experiment full of learning, critical thinking, logic, and fun!

Use our science experiment worksheet to get started recording the information from your pumpkin science activities. 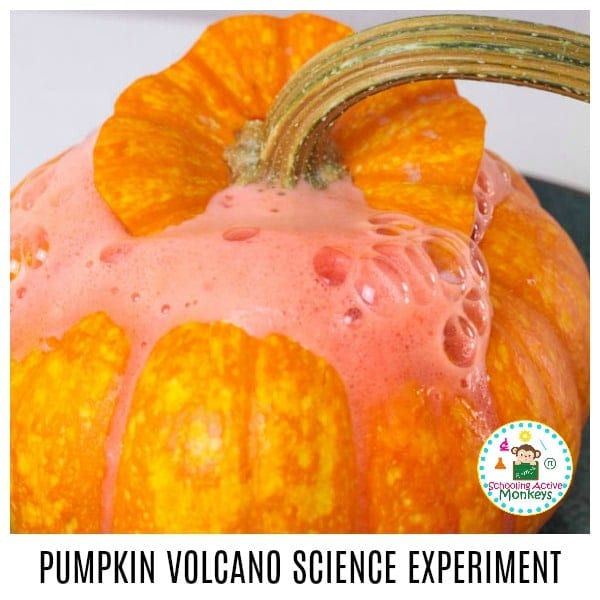 Nothing is more fun for kids than the ability to make a volcano or an eruption inside of a pumpkin! Make it inside of a jack-o-lantern for even more fun. 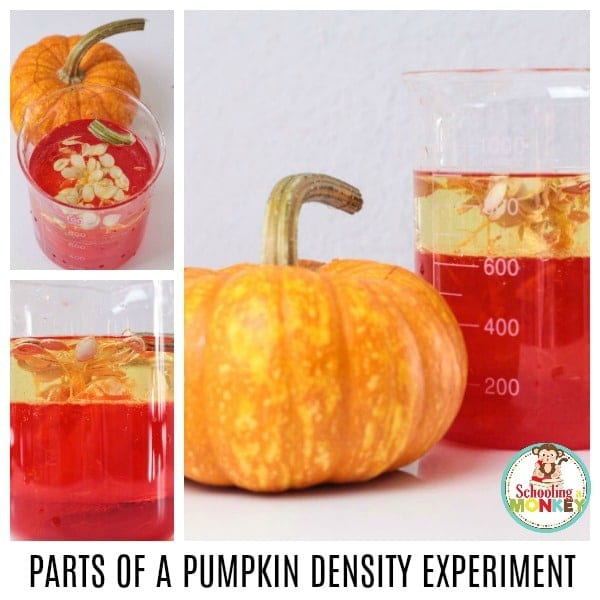 Learn about what makes up a pumpkin and pumpkin life cycles. This lesson can be used with NGSS lessons on life cycles and heredity. 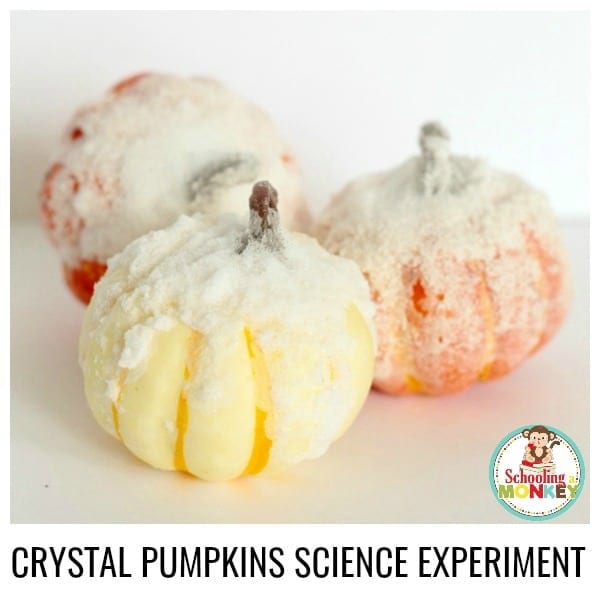 How to Make Sparkly Salt Crystal Pumpkins for Kids

Kids will love watching salt crystals form on the surface of a pumpkin. It's like dew, but it's a crystal made from salt! 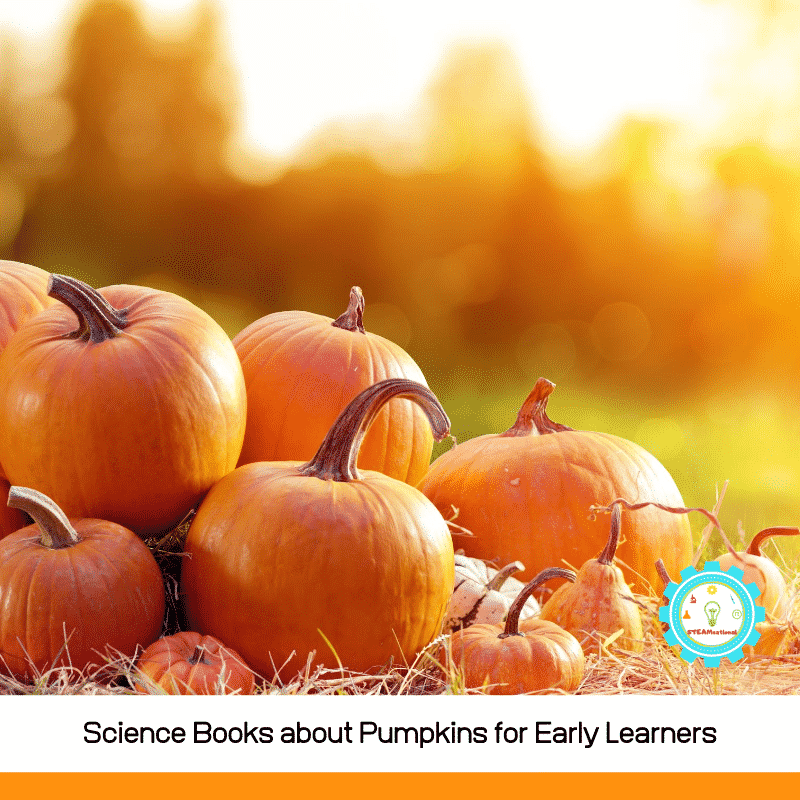 11 Books about Pumpkins for Preschool (with a STEM twist!)

If your class wants to learn even more about pumpkins, these books about pumpkins are perfect for preschool and early elementary kids. 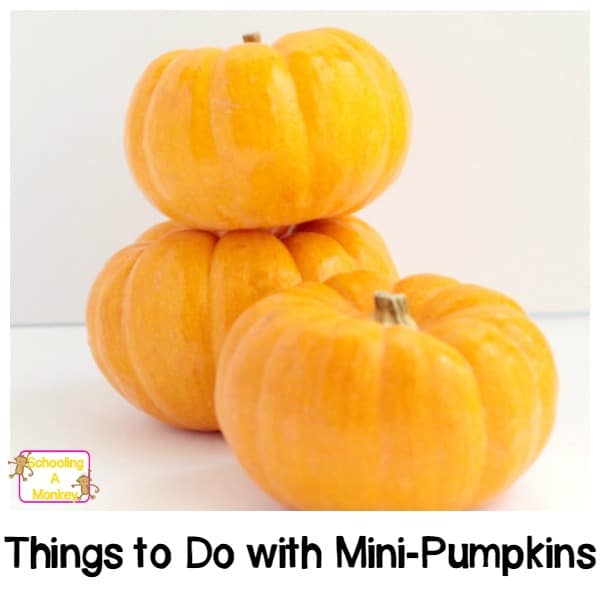 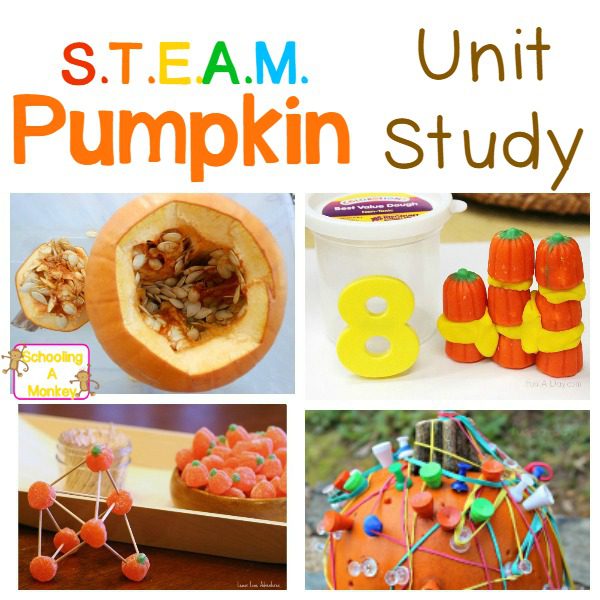 You'll find a bunch of fun pumpkin STEM activities for kids in this collection of activities! It's perfect for kids in early elementary. 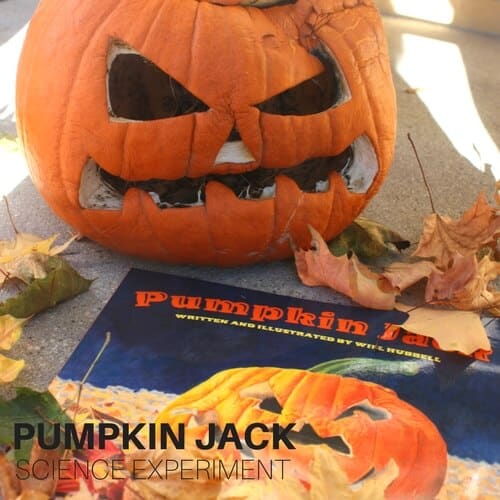 See what happens to a pumpkin as it rots! 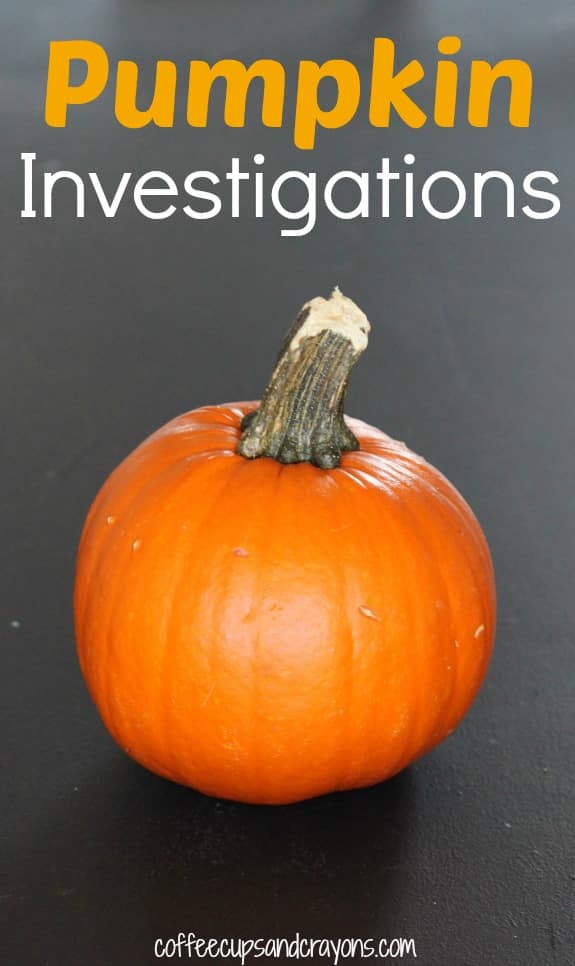 Investigate and learn about pumpkins in this science activity. 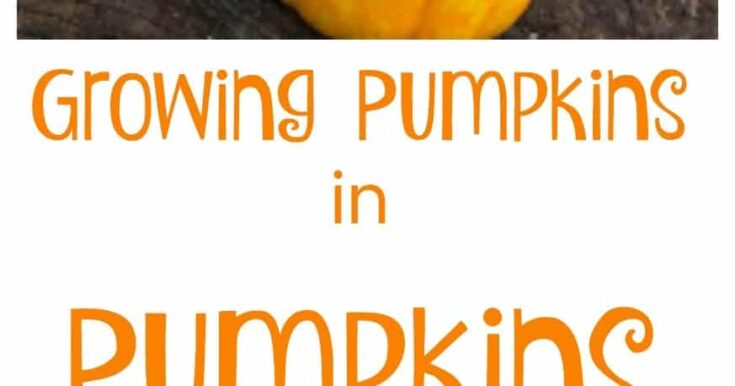 Can you grow a pumpkin in a pumpkin? How does pumpkin flesh help provide nutrients for new pumpkin plants? 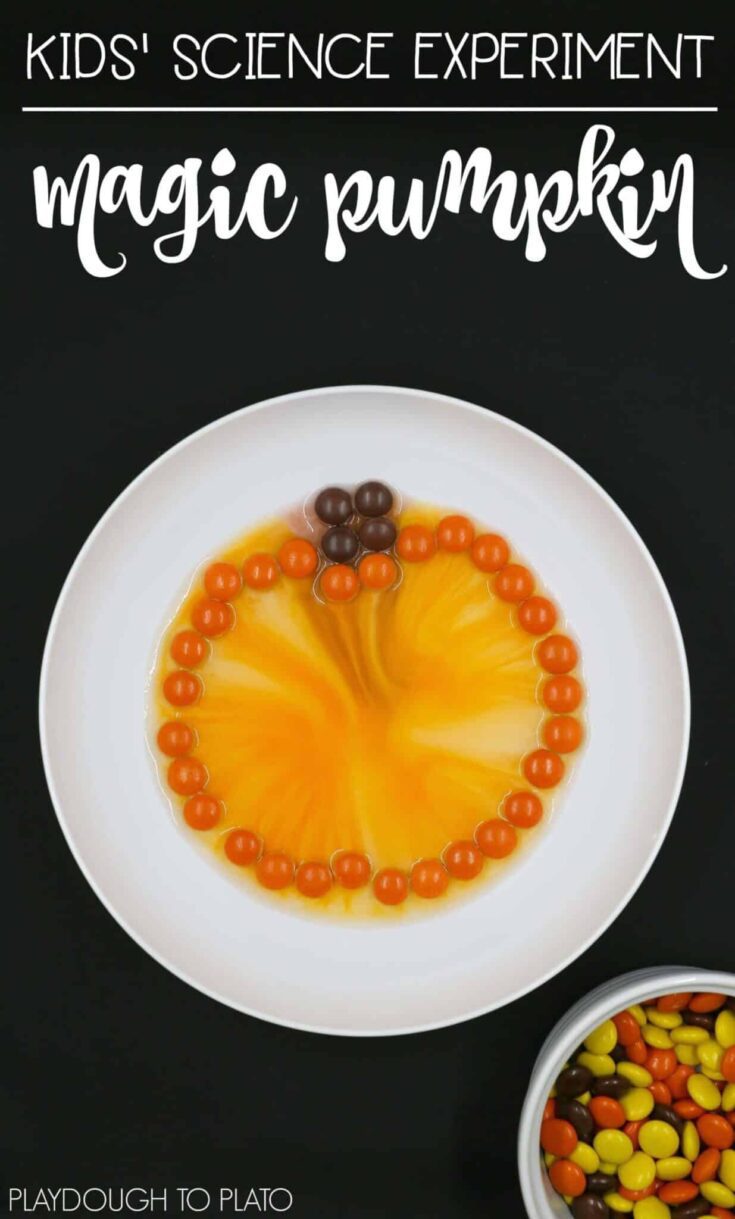 This isn't an experiment with a pumpkin, but it definitely looks like a pumpkin! Kids can learn about solutions and dissolving in this experiment. 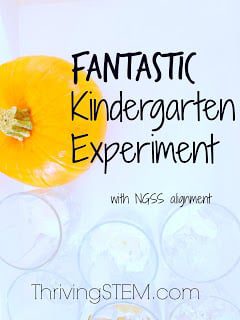 Learn all about pumpkins for little ones with a NGSS alignment along with the fun pumpkin lesson! Kids will have a blast with this one.