But of course, there is no end to how many slime recipes you can try! For one of our Easter STEM activities this year, we put together this super fun edible jelly bean slime recipe that the kids were delighted to play with and eat.

You won’t believe how simple it is to learn how to make edible slime and it’s one that kids will want to make over and over again because they can eat it!

Just note that these other slime recipes are not edible like this jellybean slime recipe.

If you can’t get enough of this jelly bean slime recipe, you won’t want to miss checking out our taffy slime recipe!

It’s even better than this slime taste-wise because there is no corn starch.

How to Make Edible Slime

An edible slime is preferable to traditional glue slimes because young kids can put it in their mouth safely without worry that they are ingesting potentially toxic chemicals.

Edible slimes are perfect for the preschool classroom and kindergarten classroom (and for toddlers, too!) because you don’t have to worry every second about watching all the kids like a hawk to make sure they keep the slime out of their mouths.

With edible slime, eating it is part of the process! This particular edible jellybean slime recipe is made with jellybeans and corn starch only, which brings a fun, sticky, and colorful element to the classroom or your kitchen at home. 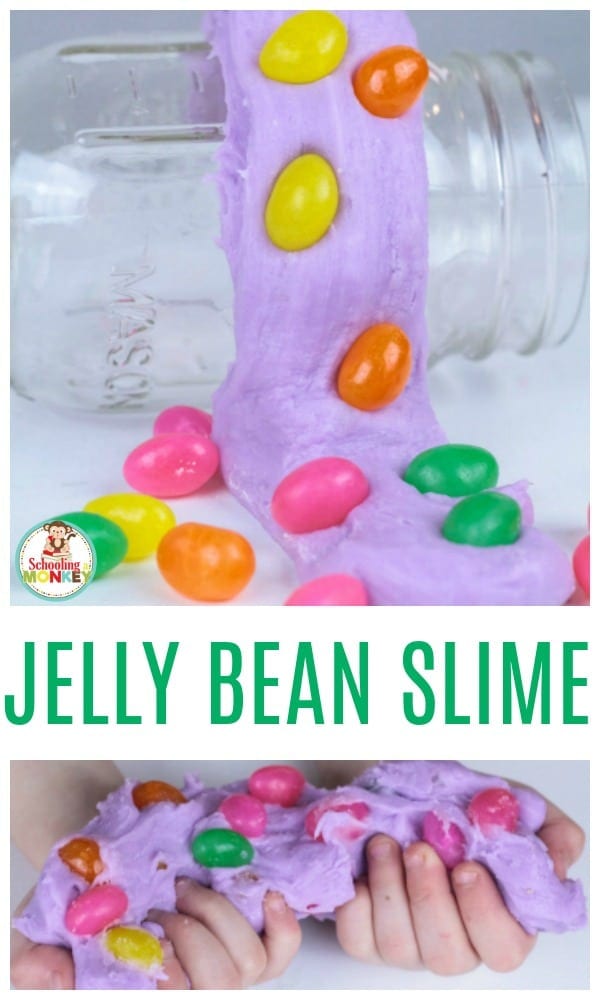 What is Jelly Bean Slime All About?

Jelly bean slime is about more than just having fun with stretchy, slimy slime.  Slime is a wonderful way to help children foster a love of science and chemistry.

Slime is formed when a chemical reaction between materials in the glue and the boron in the laundry starch or borax.

This reaction alters the chemical bond of the materials, combining them into long polymer chains. This process is similar to how most flexible plastics are made today.

We make an edible jellybean slime recipe because it’s a fun way to combine science and sensory experiences with Easter, and you can eat it, too!

DON’T MISS: SLIME MADE EASY-EVERYTHING YOU NEED TO KNOW TO BECOME A SLIME EXPERT

How to make edible slime with cornstarch

The key to making an edible slime is usually heat. Edible slime is often created by making a taffy-like substance and bringing sugar to the soft ball stage of heat.

This keeps the mixture smooth and stretchy but it retains its shape. You’ll also want to have corn starch on hand to remove some of the stickiness of the slime.

But remember, any edible slime will be quite sticky, so make sure you make it in a place where sticky hands can be easily washed after playing with and eating the slime.

We like making edible slime as an alternative to borax slime and laundry starch slime.

We’ve also made a taffy slime, a baking soda slime (not edible), and a Peeps slime.

MAKE SURE TO CHECK OUT: THE COMPLETE LIST OF EASTER STEAM ACTIVITIES!

What do you need to make edible slime?

Read on to learn how to make your very own jelly bean slime recipe! 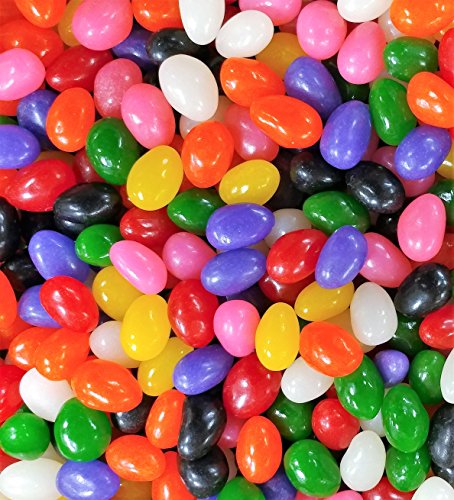 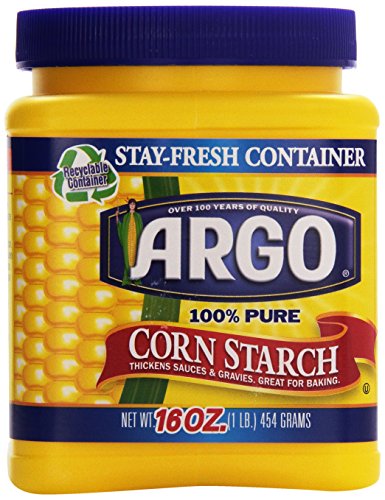 How Do You Make Edible Slime?

Follow these steps to make your own jelly bean slime recipe.

If you can’t get enough of this jellybean slime, try our other favorite slime recipes: classic borax slime, baking soda slime, and rainbow slime!

Pull two complementary colors of jellybeans out from your bag.

You can either pull colors that will blend together or try mixing two primary colors and see if you can make a secondary color.

Put the jellybeans in your jar and add about a tablespoon of water.

Heat the jellybeans in the microwave 30 seconds at a time.

Mash with a fork between heating, but keep heating the jellybeans until they melt and form a mushy bean pile.

Be careful not to heat the jellybeans too much or the sugar will burn. Keep a close eye on it while the beans are heating.

Once the mixture smooths out, add corn starch.

Keep adding corn starch until the mixture stiffens and has a slime-like texture. Jellybean slime won’t be as stretchy as glue-based slime, but it will stretch and pull with the right amount of corn starch added.

Don’t add too much starch, however, or you’ll end up with jellybean play dough.

Let the jellybean slime cool before letting the kids play with it. The slime will be hot at first, but the more starch you add the cooler it will get.

The mixture will always be a bit sticky, but you can reduce the sticky factor by coating the kids hands in corn starch or something like cooking spray.

Add in whole jellybeans to the slime to make it even more fun!

Play with the slime and eat it as you go along. Kids will love how stretchy and slimy the jellybeans can get.

You can also use this slime with our slime learning worksheets for Easter learning fun.