Ticking along through our alphabet crafts series, and we are already halfway through the alphabet with the letter M! This series has been such a fun one to create. I feel like a little kid again creating the designs for these letter crafts. This M is for Mouse letter craft was my preschooler’s favorite. She really bonded with the mouse craft and wanted to play with it. I let her after the photos were done. Use this craft when learning all about the letter M. Don’t forget to download the free letter templates to make this craft a breeze! 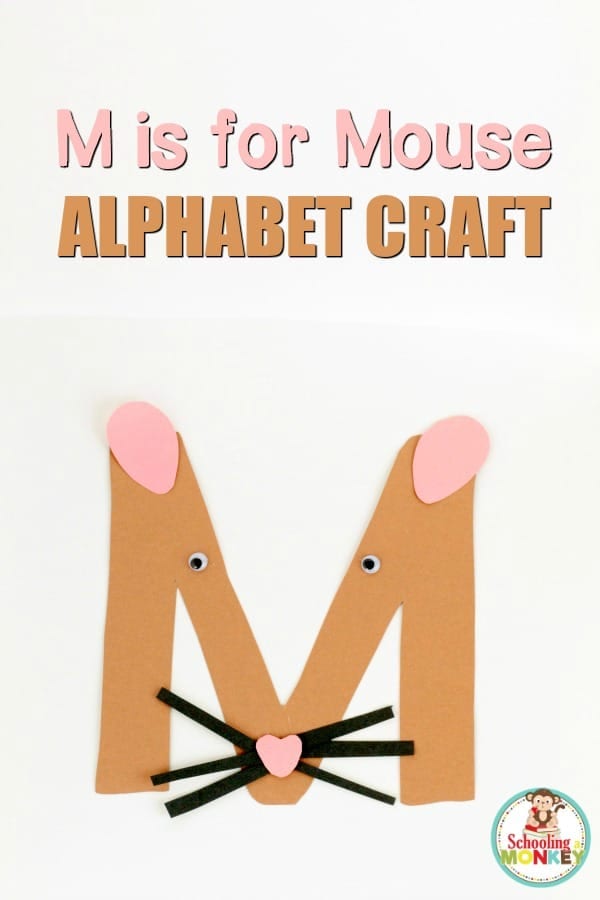 Don’t forget to download the letter M activity pack to go along with this letter craft!

M is for Mouse Letter Craft

This mouse is so easy to make and turns out so adorable. My preschooler was a big fan of this one. 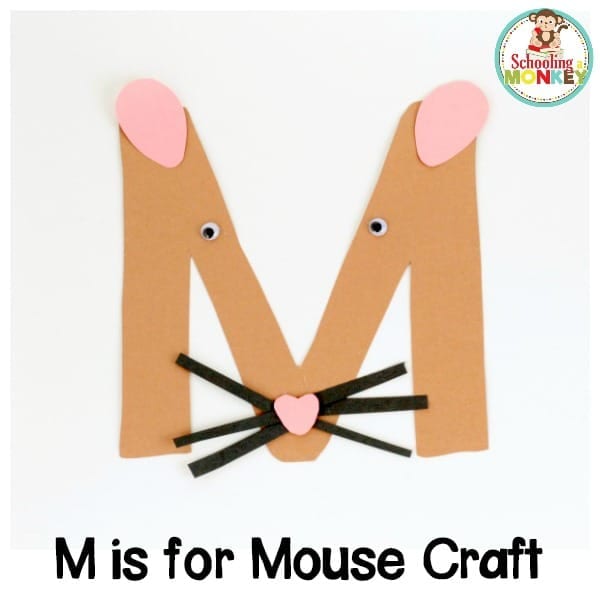 What you’ll need to make the M is for mouse alphabet craft:

Print your template onto computer paper, or if you have brown cardstock paper, you can print it directly onto that. I used a marker to trace the outline of my M onto the paper and then I could cut several out at once. This is easier for classroom-sized projects. You’ll also want to cut six strips of black paper for whiskers, two pink ears, and a pink nose.

Show the kids how to glue the ears to the top of the M, the eyes in sort of the middle, and the nose to the point down at the base of the M between the two sides. Glue the whiskers in place, and you’re done! Let it dry and kids can display it, take it home, play with it, whatever they want.

Ask the kids to think of other things that start with M. Maybe some of them have a name that starts with M? Most kids are delighted when something starts with the same letter as their name.

Add even more learning to this activity when you get the Letter L activity mini pack!