When it comes to ocean creatures, the narwhal is one of the most interesting. Narwhals are an unusual species of whale with a pointed horn. Typically, it is only the male narwhals that have horns, but occasionally, a female narwhal will also have one. The horns have a variety of uses, including fighting, detecting water saltiness, temperature gauges, and other uses that scientists haven’t found yet. Learning the letter N is a lot more fun when you can transform your letter N into an N is for narwhal letter craft. Don’t miss out on all the other alphabet crafts in the series and download your free letter N template to make this craft a breeze! 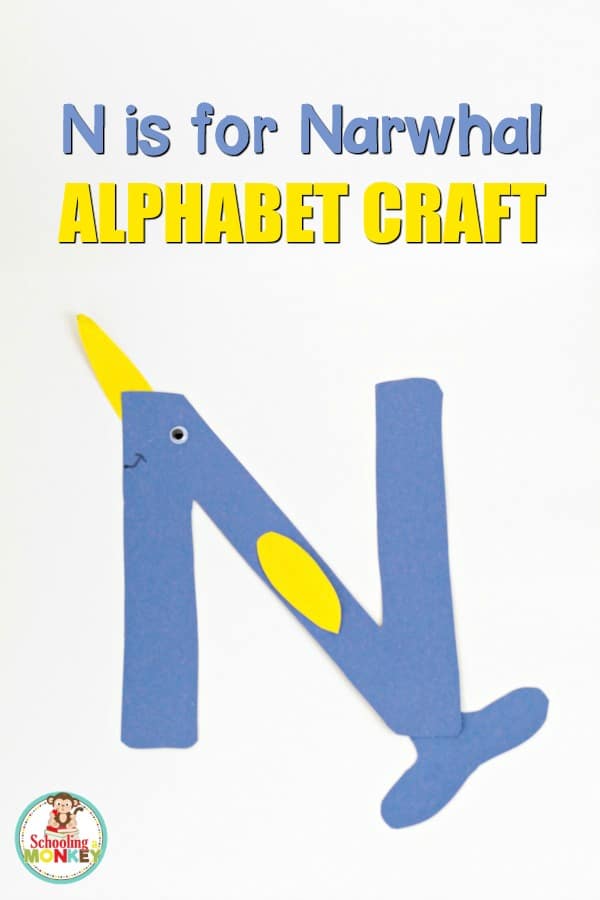 Don’t forget to download the letter N activity pack to go along with this letter craft!

N is for Narwhal Letter Craft

Narwhals are one of my new favorite creatures. I love how they are basically a mix of a whale and a unicorn. Who wouldn’t love that? Of course, if I met one in the ocean, I bet I would be terrified. Kids will love making this adorable narwhal craft! 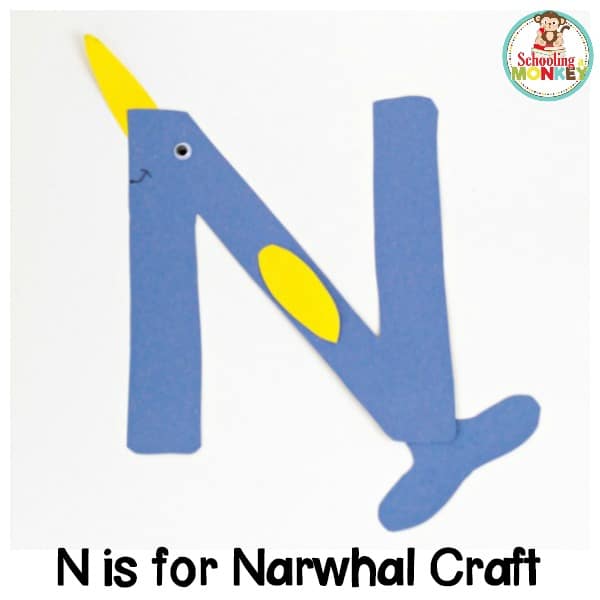 What you’ll need to make the N is for narwhal alphabet craft:

Print your template onto computer paper, or if you have brown cardstock paper, you can print it directly onto that. I used a marker to trace the outline of my M onto the paper and then I could cut several out at once. This is easier for classroom-sized projects. You’ll also want to cut six strips of black paper for whiskers, two pink ears, and a pink nose.

Show the kids how to glue the ears to the top of the M, the eyes in sort of the middle, and the nose to the point down at the base of the M between the two sides. Glue the whiskers in place, and you’re done! Let it dry and kids can display it, take it home, play with it, whatever they want.

Ask the kids to think of other things that start with M. Maybe some of them have a name that starts with M? Most kids are delighted when something starts with the same letter as their name.

Add even more learning to this activity when you get the Letter N activity mini pack!