Teaching the letter P? This P is for penguin letter craft is the perfect addition to any letter of the week focusing on the letter P. It’s also super fun to make during the winter when you’re studying winter creatures and all things icy and cold. This craft is part of our alphabet crafts series with a letter craft for each letter of the alphabet. Don’t forget to download the free template that goes along with this activity to make it even easier to make! 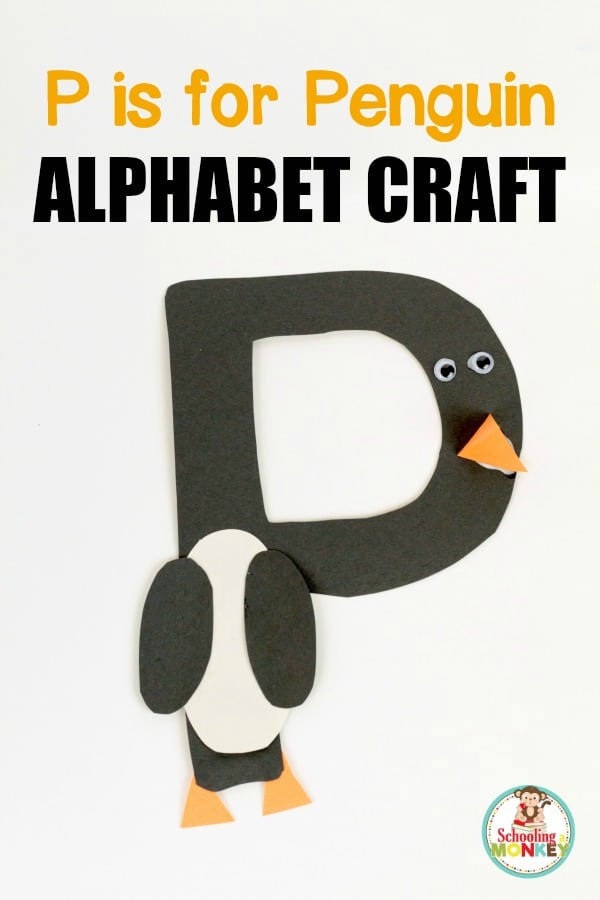 Don’t miss out on the letter P activity pack that goes along with this craft!

P is for Penguin Letter Craft 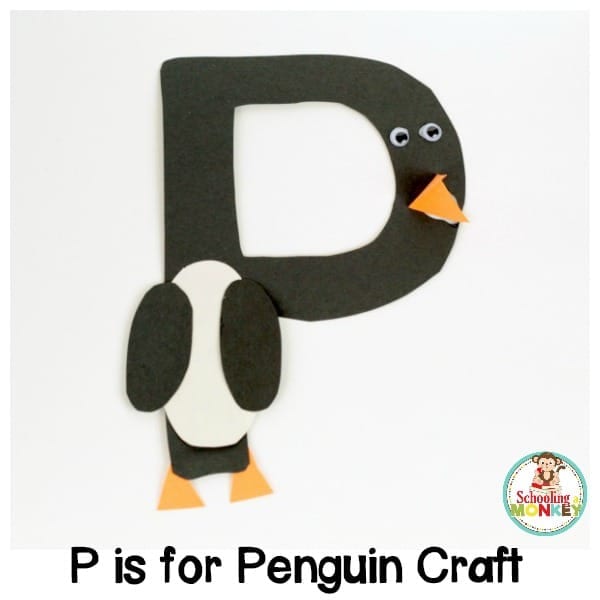 Little penguin lovers will have tons of fun transforming this letter P into a cute penguin!

What you’ll need to make the P is for penguin alphabet craft:

Print your letter P template onto computer paper, then cut it out and trace onto black construction paper. You’ll want to cut out a P for every kid who will be making the project.

You’ll also want to cut out two penguin feet, a beak, two wings, and a white belly for each kid. 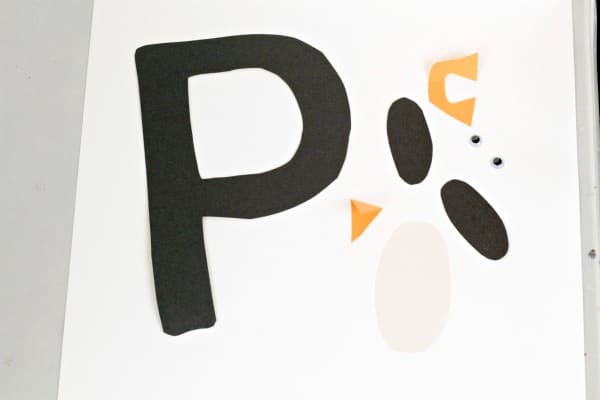 Show the kids how to glue the accessories onto the letter P to transform it into a penguin. Let them get a little creative on the placement, there really is no wrong way to make a paper P penguin.

Once the glue is dry, display the penguins along the classroom wall, or let the kids take them home to their parents! 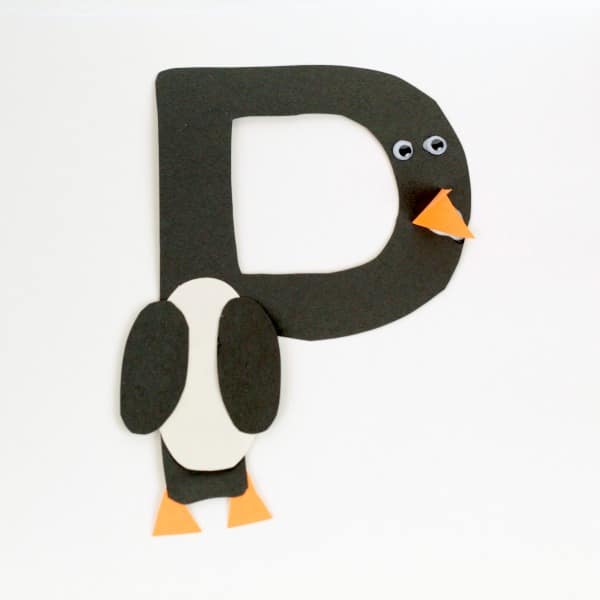 We used this craft along with the P is for penguin pack, but you could also use it along with our snowman activity pack during the winter.

Ask kids what other things they can think of that start with P while making this craft.