If you can’t tell already, we’re HUGE slime lovers here. We’ve tried over 100 slime recipes. My kids just love My Little Pony, unicorns, and slime, so today, we mixed them all together and made Princess Luna My Little Pony Slime.

It was a lot of fun making a dark twist on unicorn slime.

My kids thought the dark unicorn slime was the coolest thing ever. We didn’t have any official princess Luna figures, but the toy unicorns we had were still fun to play with in the slime and contrasted nicely with the dark colors of the slime.

If you can’t get enough of this Princess Luna slime recipe, you won’t want to miss checking out our Sofia the First slime recipe or our LOL doll slime recipe!

The dark purple unicorn in My Little Pony is Princess Luna!

Princess Luna slime is a variation on our classic laundry starch slime recipe.  You will also need some My Little Ponies (or other unicorns) to play with in this slime.

Be careful when selecting your toys that you don’t choose anything with hair. The slime will ruin the hair on the My Little Ponies. Choose ponies that are completely made of plastic.

If you need help making your slime come out right, don’t forget to check out our slime troubleshooting guide.

What is Unicorn Slime?

Unicorn slime is simply a fun variation on traditional slime made with chemical reactions and polymer chains!

However, slime can be a lot more than just a sensory experiment or something that looks cool. I like to use slime in educational products, like in our preschool slime mats.

While doing this project, kids will learn about polymer chains, chemical reactions, endothermic reactions, acids and bases, and the scientific method.

This simple slime science experiment can provide a huge wealth of educational knowledge that kids will remember longer, because they saw it all happen in front of their eyes, and helped shape every part of the experiment.

Slime is also wonderful for kiddos who are sensory seeking, particularly for kids with SPD, autism, and ADHD.

The key to making dark unicorn slime is to make it just runny enough to “slime” while still dry enough so that it doesn’t stick too much to fingers or Princess Luna.

Follow our steps precisely and your slime recipe will go off without a hitch.

Read on to learn how to make your very own Princess Luna slime! 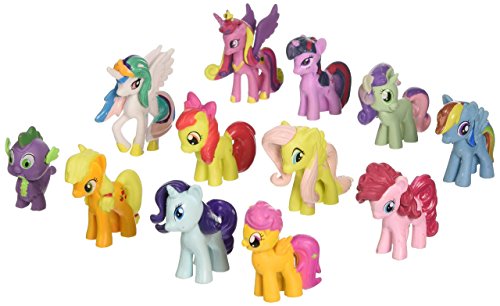 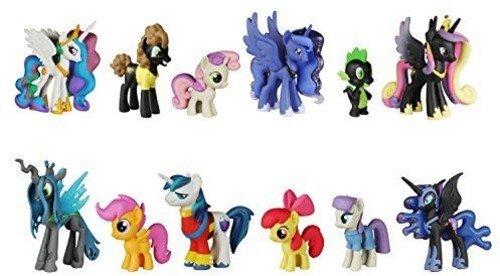 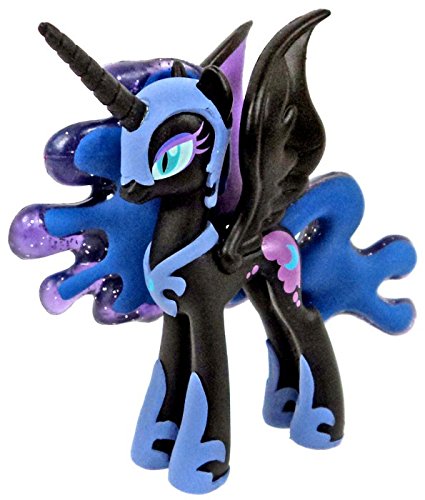 How to Make My Little Pony Slime

Follow along with these instructions and learn how to make your very own Princess Luna My Little Pony slime!

Mix equal parts glue and water in a bowl or jar and stir.

Add in glitter and food coloring. Do a dark pink, a dark blue, and a dark purple.

Add in one part laundry starch and mix. At first, the mixture will be sticky, but as you stir and stretch it, it will relax and turn into slime you can touch without it sticking to your hands.

Once the slime is ready, add your unicorn figurines to the slime to play with.

To make the dark unicorn pattern, get out a ball of blue, purple, and pink slime. Stretch each section into a line, then twist the colors together.

Stretch and play with the slime as normal, or roll it into a cinnamon bun shape to make it look like dark unicorn poop!

After a while, the slime will become a solid color, with a purple tint. It’s still really pretty!

If you like this color of slime, you’ll also like our galaxy slime recipe, which is made with similar colors.