Do your kids love slime? My kids cannot get enough of slime, and they ask to make it almost every day. During the summer, we like these fun summer slime recipes!

Summer is the perfect time to break out the fun slime recipes, because kids are off of school and there is more time to play.

I love making slime with my kids because making slime is a wonderful screen-free activity for kids, and they love being creative and transforming everyday craft supplies into sticky, oozy slime. 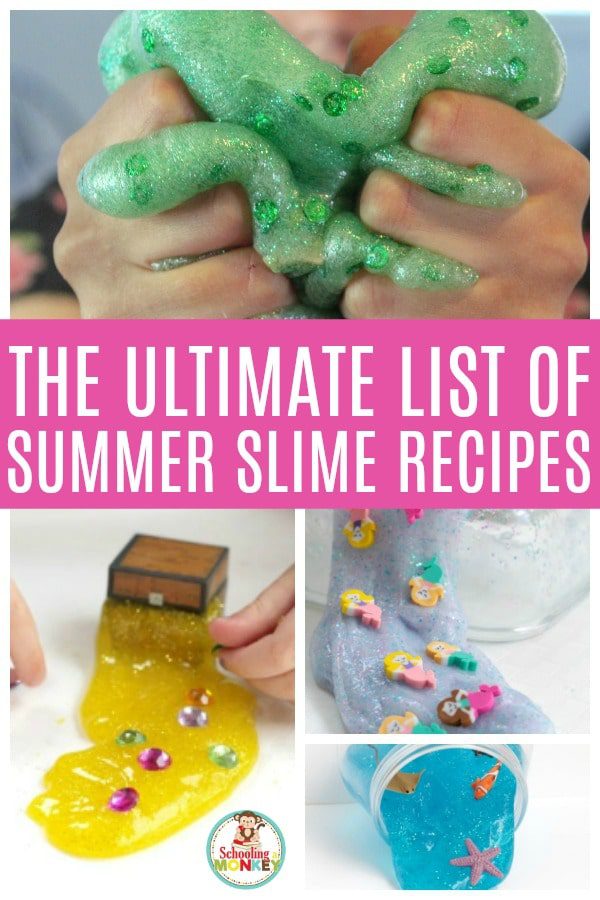 There are so many fun summer slime recipes to make!

Add these slime recipes for summer to your summer bucket lists.

Make these slime recipes for summer and have a blast with your kids over the summer!

WHAT ARE SUMMER SLIME RECIPES?

A summer slime recipe is just a fun summery twist on traditional slime recipes. Whatever you think about as a summer theme, you can use to turn it into slime! Here are a few themes we’ve tried:

Find the full list of summer slime recipes below!

HOW TO MAKE SUMMER SLIME RECIPES

There are a million ways to make slime, and part of the fun is how much variation there is to try! All slime will need a base (PVA glue is usually used) and a chemical reactor that will thicken the slime.

We’ve made slime from soap, glue, sugar, xanthan gum, and cornstarch, but you can make it from almost anything!

Experiment with different materials and ratios to make a slime that is unique to you!

Slime forms when the two materials mix and create a chemical bond known as a polymer chain. This is a stretchy substance that is fun to play with!

Our favorite slime uses a mixture of laundry starch and PVA glue. You can find the recipe for that in our unicorn poop slime post.

Elmer’s glue also has a new magic slime liquid, that is even easier to use than laundry starch. It makes beautiful slime and you don’t even need to use water!

THE EASIEST SUMMER SLIME RECIPE EVER

When making slime, we like to use a ratio of 1 part water, 1 part laundry starch, and 1 part glue. Our slime comes out perfect every single time! We like to use gel food colors because they create vibrant colors that really pop! 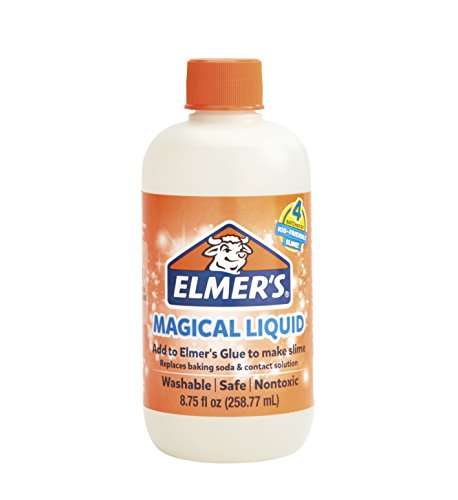 The secret to making perfect slime is mixing the coloring, glitter, and glue first.

Try these fun slime recipes for summer and make your summer slimetastic this year! So many fun slime themes that kids will love!

If your kids have been asking to make slime, now is the time to let them! You’ll have fun making summer memories that are screen-free and you can do them together with your kids.

You can even learn a bit of science at the same time.